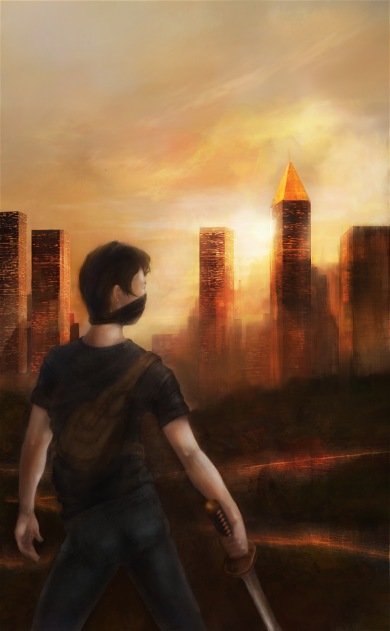 Below is a sneak peek at the upcoming second entry in The Pull series, Home is Where the Monsters Are. The book is due in the fall. The first book, The Pull is currently available on all major digital platforms as well as in Athens bookstores.

This world we live in is a strange one. The last year of my life was the strangest yet but I somehow know it only scratched the surface. Metal demons, a boy with no memory, a handful of young upstarts successfully standing against the most powerful man in America – perhaps the world.

Sometimes I wake up and remember. Other times I don’t, and carry with me the vague sense that something rich and powerful and ageless is stirring and we are all a part of it. That ageless power is what we call fate. It is more aware than we think, however. It calls to us. It directs us. It pulls us.

I don’t yet know where it is pulling him. I know that question haunts him every day as The Pull grows stronger and louder and more insistent. It pulled him to Atlanta, and there he found other heroes and stood with them against monsters both real and figurative. The monsters without and the monsters within. Some were defeated. Others still attempt to claw their way out from within each of them. I feel that one of them in particular will soon come to face the monster within herself, and the others may suffer for it.

They are my friends and yet they feel like strangers to me. They feel like pictures in a book or words from a poem. I feel that way about myself sometimes too. There are things down that road coming for me as well. Will I become a hero like them? Or will I succumb to my own monsters, and fall before my own purple fire?

I’ve played a part in this story and I have parts yet to play but for now these chapters belong to them. Four heroes, each with a pull of their own. Each has a destiny and a monster to overcome. Each has a weapon they hold close and a dream of a future they will fight for. Without each other, I have no doubt that each of them would fall, broken and alone. Yet together they stand strong. Together they will change the world. In fact they’ve already begun to do so.

My name is Patricia. Like my brother, I sleep now. Like him, when I sleep I see the world for what it really is. I see the story of humanity. There will be loss in this tale; but there will also be triumph. I close my eyes…and turn the page.

Look for Home is Where the Monsters Are, Fall 2013.

A reading of a horror story I wrote for Sanitarium not long ago. Warning: NSFW language.